With the warmer weather making its way to much of the country faster than you think, it brings uninvited guests with it.

Those who share life with birds can relate to the increase in indoor pests with the weather changes, but one culprit is at the heart of attracting insects: our feathered friend's penchant for not only enjoying their fresh food — which often includes vegetables, fruits and eggs — but flinging it about enthusiastically as they dine.

Getting things cleaned up after chow time is certainly helpful in preventing an infestation, though doing so isn't always possible, as birds aren't always in the mood to eat right away when they're given a meal.

The good news is that getting things under control can be a lot easier — and safer — than one might think. Birds are a sensitive species, and when it comes to any product, chemical or ingredient that is effective in keeping pests at bay, being choosy is essential. Fortunately, there are some safe alternatives to traditional methods, and they are easy to put into use.

General pests, like ants and fleas can be a problem. The former, like other insects, are most often attracted by the food flung from a bird's enclosure, though some households seem to battle them year-round. Fleas tend to be more of an issue in households that have dogs and cats (flea prevention for our furry friends is a must) as well, and it goes without saying that products to address any insect issues that are labeled natural or or environmentally friendly have been deemed so around our four-legged friends, but with our avian housemates, likely not so.

Mindful cleanup and vacuuming is certainly helpful, as a start, but a product called diatomaceous earth could be an attractive option in preventing or addressing an infestation of many insects. This finely milled powder, long used to address insect problems, is made from fossilized diatoms. These little gems are included in a group of algae, and what sets them apart from others is that they're encased in the cell wall made of silica. Because of that composition, diatomaceous earth or DM, as it's called, is also used in other applications, like as a filtration aid in pools, in toothpaste, among other things. 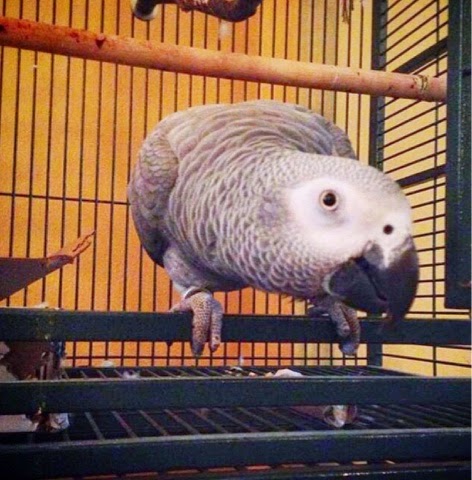 In insect control, it works by way of it's mild abrasiveness and its ability to act as a physico sorptive. In essence, the fine powder wears down the protective exo-skeleton of insects like ants, fleas and roaches, and they dehydrate from sorptive action and then die.

No ordinary that diatomaceous earth will do: food-grade quality is necessary since this type has not been calcinated, and has been derived from freshwater sources. It's also milled more finely. Here's a link for one resource on where to obtain it.

Though food-grade DM is safe for birds (and other pets), it's a good idea to take your feathered friends to a different room while the product is being applied. To use, simply sprinkle the powder on the areas where insects are found.

Neem oil has long been used for many purposes, but many are familiar with its ability to repel bugs. Derived from the neem tree, oil contains a component called azadirachtin, which is where neem gets its insecticidal punch from. Azadirachtin acts as an insect growth regulator, among other things. Due to its distinctive garlic-sulfur odor, some people find neem to be unpleasant. Available at health stores and natural food markets, neem can be purchased in different forms — even an extract — and can be diluted and used as needed. Read more about it here.

Create your own traps

Fruit flies seem to appear out of nowhere and are a common and bothersome site around bird enclosures, which is no surprise: they love the same fresh foods that birds do. Combating infestations of fruit flies naturally is a cinch. These insects are motivated by the aroma of fragrant foods like mango, banana and the like, so using that idea can work as an advantage in getting rid of them.

A do-it-yourself trap can be fashioned with a canning jar, some plastic cling wrap and cider vinegar. Pour an inch or so of vinegar in the bottom of the jar, and cover the top with a piece of wrap after making a small depression in the middle, and then poke two or three small holes in the wrap. The flies are attracted to the strongly scented vinegar and eagerly make their way into the trap, but they can't get out. Toss the contents of the trap after a few days and repeat as needed.

Lorrie Shaw is a freelance writer -- most recently as a contributor on MLive -- and owner of Professional Pet Sitting. Shoot her an email, contact her at 734-904-7279 or follow her adventures on Twitter

I spend much of my day bent over or crouched down to wipe the wet or muddy paws of any number of dogs, or to check them for ticks or burrs after an outdoor adventure. Minor injuries aren't that uncommon either, so tending to those is a necessity.

I need to exercise caution, as having my face eye-level with a dog's — their teeth, more specifically — could land me in a dangerous situation.

It's not that the dogs that I'm with each day aren't behaviorally sound. Touching a pet can reveal a sensitive or painful area, or might startle them. I've previously written about how I stay safe while performing tasks like checking for ticks or having a look at why a pooch has a sudden limp, and the tips that I offer are equally valuable for pet owners too.

Lately, my 15-year-old St. Bernard/Shepherd mix, Gretchen, has needed a little more consideration than in recent months, as her arthritis makes her more apprehensive about being touched. Naturally, I pick my battles when it comes to muddy paws and such, but yes, there are times when I need to handle her, so being extra mindful about what I'm doing so that I don't get bitten has become a habit.

But not every situation is created equal. 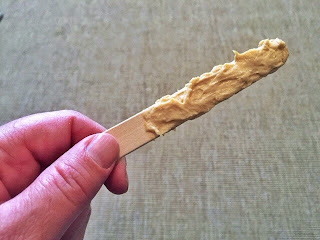 Case in point: for the last few months, Gretchen has been undergoing acupuncture to address her arthritis. Initially, she was quite tolerant of her acupuncturist, Monica Turenne, DVM, CVA getting the needles in place, but lately I've needed to be more creative in keeping Gretchen distracted and her mouth occupied while that's going on. Dr. Turenne and I have devised a routine that works, which of course includes high-value treats.

Though I'm not opposed to muzzling my pets should I find it necessary while a clinician is interacting with them, it's certainly not an appropriate option during acupuncture.

As you can imagine, stumbling on ideas to make interacting with pets more comfortable and safe when they might not be at their best is something I get excited about. Extra-yummy treats (think small pieces of hotdog, cheese or dried liver) are great, but offering up a "lolli-pup" might be even better in some situations: popsicle sticks, slathered with peanut butter, spray cheese, Kong filling or canned dog food do a great job of distracting and apprehensive pet if you've an extra hand in the room. These last a little longer than high-value treats, and sticking the lolli-pups in the freezer for a bit can enhance their efficacy. Try one the next time your apprehensive pooch needs an exam by the vet or facing a similar scenario, like getting their nails trimmed.

Posted by Lorrie at 6:32 PM No comments: