Dogs do a lot, albeit unintentionally, to remind us how to live life well.

The value of being a good listener. The importance of naps. Stretch often. Don't lose your curiosity. Cuddling is good. Life is short.

The most important, in my experience—don't forget to indulge in play—comes up often in puppy development and dog training circles. I use it frequently in my work with pets, and for good reason: it's super-fun, it breaks up any tension that may be present from being out of routine and it's a great way to establish and reinforce a bond with an animal. 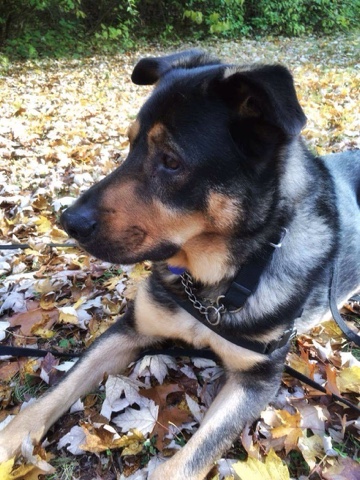 Play also plays a part in a pet's learning, which is why it comes up so frequently amongst dog trainers, behaviorists and pet sitters. We've long known that by incorporating games, and fun, we can open up the channels for a dog in learning cues (what we used to refer to as 'commands') and other skills exponentially.

A new study indicates that the usefulness of play may extend beyond that.

Researchers from Animal Behaviour, Cognition and Welfare Group in the School of Life Sciences at the University of Lincoln in the UK set out to test how what events happen after a dog training session affect the animal's ability to retain what they've learned.

16 Labrador retrievers were included in the study, and to accurately test how well they retained what they had learned, they were given identical skills to master and for good measure, they needed to reach 80% proficiency.

The dogs were divided up into two groups: 8 were part of a "play group" while the other half were in a "rest group". The former engaged in 30 minutes of activity (a few minutes on a walk, then 10 minutes of off-lead play, with the balance of time spent on another walk). The "rest group" did just that—rested for 30 minutes on a dog bed—while the humans involved talked amongst themselves.

In order to confirm that there were measurable differences in each group with regard to physiological arousal, the saliva (to detect hormonal variances) and heart rate of each dog were monitored during the rest/play sessions.

Though the study was small, I found the results quite interesting. But first, a little on how the humans were able to test the dogs. Using a method called relearning, the dogs were put through the same paces as they were the day before to gauge how much they were able to retain from their previous exposure to the new task—in this case, was object discrimination, which used their sense of sight and smell.

As far as what what the dogs demonstrated, those in the "rest group" didn't have as easy a time with relearning the task that they had been exposed to the day before: the dogs that were included in the "play group" relearned the new skill 40% faster than the dogs in the other group.

So, what does this all mean?

Well, as far as we can tell, the old adage 'practice makes perfect' isn't as simplistic as it seems. Play and fun, when coupled with learning something new, seem to enhance and expedite the process of relearning and building new skills. It's fair to say that it could, in some way be connected to having fun with their people as well.

The takeaway? It certainly can't hurt to take a break during your training sessions and do something that they find pleasurable—like a game of fetch, tug of war, a walk—to enhance your dog's progress in learning new things. You'll keep the good momentum going, and reinforce the human-animal bond.

Lorrie Shaw is a freelance writer and owner of Professional Pet Sitting. She has been a featured guest on the Pawprint Animal Rescue Podcast, talking about her career working with companion animals and writing about her experiences. Shoot her an email, contact her at 734-904-7279 or follow her adventures on Twitter.
Posted by Lorrie at 9:26 PM No comments: