Talk to me: conflating a dog's ability to process human language with comprehension puts them at a disadvantage

One of the top things that I impress upon people when it comes to companion animals is the importance of relationship building: it's really the cornerstone of ensuring how well they unfold as family pets. Some of us get to kick things off when our pets are young, in other cases we get a late start if they might come to us when they're a bit older. Nonetheless, great relationships are fostered by clear communication—both non-verbal and verbal. The latter kind can be a bone of contention to some degree, especially when it comes to training.

Just how vital is our verbal communication when it comes to our dogs? Mighty important in my experience, (though non-verbal is highly effective in some cases.)

Dogs have lived along side us humans for a long time, and because of that we've had to better understand each other. One of the ways that we've made an effort is through research, and using technology has been a part of that. Functional Magnetic Resonance Imaging (fMRI) is one method that has been used in the past, and it's once again shedding new light on how complex the canine brain is. 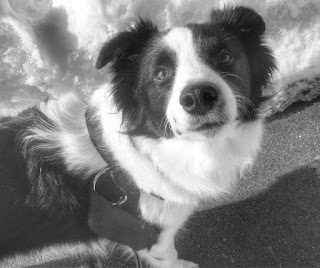 Attila Andics, PhD, a research fellow at Eotvos Lorand University in Budapest, along with a handful of his colleagues who are also part of the Family Dog Project, aimed to see just what goes on in a dog's brain when they hear a familiar, trusted person (their trainer) utter words and phrases. 13 dogs trained to lay calm and quietly in an fMRI scanner were used in the study, Neural mechanisms for lexical processing in dogs, published late last month.

Andics' focuses of study include voice processing and social and affective aspects of learning and perception, so it seems fitting in this study to home in on how canines might use what we say to interact with us and learn.

So, what did the researchers discover? From the collective results of the fMRI, it appeared that the dogs could recognize meaningful words, differentiate when a word was spoken with or without a praising tone and finally, they could use the other two skills in conjunction to process the reward value of what was said.

Does this mean that dogs can understand what we're communicating when we talk to them? The answer to that is tricky.

What we do you know from the study is that a dog's brain can process language like us humans; that is, ah-ha! I've heard that before!, but in terms of reliably comprehending what a human means when the words come out of their mouth, it's simply not on par with what we are capable of.

That's not to say that it can't happen to some degree—there have been canines who have exhibited the ability to acquire a vast vocabulary and demonstrate comprehension with it—but yes, it's rare. Dogs gain this level of skill with a lot of training and diligence on the human's part. And the majority of dogs don't have access to that.

Sure, dogs can hear a favorable word that their humans use often when engaging with them and their reaction is equally favorable. That simply demonstrates that the dog's brain recognizes the word as such, and to go a step further it could be strung to a rewarding outcome (like a treat or an interaction that they find pleasurable). But switch up the context of the word/phrase or how it's said, and often, confusion sets in.

(This is an example of when proofing comes in as a valuable tool in training and communicating. Read more about that by clicking here.)

This is why—going back to what I mentioned in the first paragraph about relationship-building—communication with your dog needs to be clear, concise and yes, contextual. Dogs need to be able to count on us to do that when we are interacting with them, no matter if we are in training or goofing off at home or if they get loose from their leash and dash out into a busy street.

So, do we take the study with a grain of salt? Let's just say that the information gathered from it is helpful in that it demonstrates where the limits are when it comes to what dogs can understand, and we need to respect that. I've read too many articles with regard to this study that would easily lead some dog owners to feel supported in their misguided view that their dog is simply being willful or as one said to me, "...they're stupid". In truth, the difficulties arise from the mistakes that have come from the other end of the leash.

Equating the way that the canine brain works with our own muddies the waters and only creates problems. Dogs, although highly intelligent, adaptable and very much a part of our families, are not human. We have to be okay with that.