Illinois-based Evanger’s Dog and Cat Food Company is voluntarily recalling specific lots of one of its products as it may be contaminated with pentobarbital.

If ingested by pets, pentobarbital can cause dizziness, drowsiness, loss of balance, nausea and in some cases, excitement. Death can result in some cases. Evanger’s indicated on their website that a few weeks ago, 5 dogs had taken ill after consuming the product matching one of the lot numbers.

Though the substance was found in only one lot of Hunk of Beef Au Jus (12 ounce cans), the company made the decision to recall additional lots of the product—5 in all—that were produced the same week. Evanger’s uses suppliers that are USDA approved. A few weeks ago, after learning of the illness of the 5 pets and subsequent death of one of them, an investigation was launched by the pet food company. It was first thought that a toxin or bacteria might be the culprit, but on January 29, they learned the cause. But how pentobarbital, a barbiturate, made its way into the manufacturer’s supply was something that Evanger’s wanted to know.

Quoting from a statement about the matter on the company’s website (which you can read in its entirety by clicking here):


Something like this seemed impossible.  We were unaware of the problem of pentobarbital in the pet food industry because it is most pervasive in dry foods that source most of their ingredients from rendering plants, unlike Evanger’s, which mainly manufactures canned foods that would not have any rendered materials in its supply chain.  All of our raw materials are sourced from USDA-inspected facilities, and many of them are suppliers with whom we have had long-standing relationships.


In our investigation, we spoke with many suppliers to learn how it could even be possible that an animal that had been euthanized could ever possibly end up in the animal food stream.  What we learned was that pentobarbital is very highly controlled, and that, if an animal is euthanized, it is done so by a veterinarian.  Once this process has been done, there is absolutely no regulation that requires the certified Vet to place any kind of marker on the animal indicating that it has been euthanized and guaranteeing that product from euthanized animals cannot enter the food chain. This is a simple task, and goes a very long way to ensure safety in many areas.


The following lot numbers are included in the recall: 1816E03HB, 1816E04HB, 1816E06HB, 1816E07HB, and 1816E13HB. The cans also bear a expiration date of June 2020 and a barcode, 20109, which is found on the back of the product label. Manufactured the week of June 6 – June 13, 2016, the pet food was distributed to retailers and sold online in the following states: Washington, California, Minnesota, Indiana, Michigan, Wisconsin, Ohio, Illinois, Pennsylvania, New York, Massachusetts, Maryland, Florida, South Carolina and Georgia. 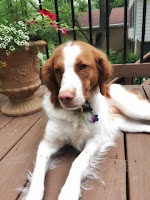 
Lorrie Shaw is a freelance writer and owner of Professional Pet Sitting. She has been a featured guest on the Pawprint Animal Rescue Podcast, talking about her career working with companion animals and writing about her experiences. Shoot her an email, contact her at 734-904-7279 or follow her adventures on Twitter.