Why does the age-old conundrum of children not taking responsibility for family pets thrive?

I can recall to what seems like a lifetime ago, sitting in the passenger seat of the car when my 8 year-old stepson bounded into the backseat, teary-eyed at the prospect of having to get rid of his cat, Silver. He and his mother were moving again, it seemed, and the year-old cat wasn’t welcome in their new digs.

“Dad, can he come and live with you?”, his face pleading.

My then husband looked my way, knowing that he and I would have to talk about this in private for several reasons. First, it was a big commitment, taking responsibility for a young cat -- any animal, really -- something that he knew I took seriously. His son’s mother also had a habit of welcoming pets into their home life with a casualness that made me cringe: Silver had a sibling that was adopted at the same time from the shelter, and had ‘accidentally’ made their way outside just a short time before. Before that, there was a puppy that grew into a youngster who ‘disappeared’. As the boy's father and I discussed later, I didn’t want either of them to think that our taking pets into our home would be handled with the same laissez-faire attitude, nor would we be taking anymore animals off of her hands, among other things.

“Silver will have a permanent, stable home here, with us,” we explained to both my stepson and his mother days later, making clear that if he came to live with us, he wouldn’t be going back with them if their living situation changed. This was an arrangement that I especially felt was mindfully fair, given their track record with pets, not to mention the fact that this young child needed to have some semblance of what a responsibility of having a pet is really like, and Silver deserved to stay in one home. They happily agreed, (and of course they wanted the cat to come back with them months later when they moved, a request that I reminded them was out of the question), so we had ourselves a cat. 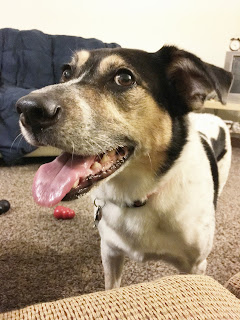 I should interject that I had no expectation that an 8 year-old would have any responsibility in caring for Silver. Doing so would be unreasonable and futile in my opinion, and I made that clear to his father going in. (After all, we were the ones taking on the responsibility for the pet.) Instead, he would be witness to the grown ups of the household modeling of thoughtfulness, sacrifices of time and resources, care taking, the joys of watching a young cat unfold into a full-fledged adult, as well as the difficulties, like when pets are sick and we have to sacrifice more so that they can have what they need. While in our midst, he’d really have no choice but to be tied to our commitment; before doing things for ourselves, especially traipsing back and forth to fun outings -- no, wait -- the adults needed to ensure that Silver had fresh water and food, and was the litter box tended to? If the grown ups couldn’t proceed before that was done, that meant the younger family member couldn’t either. As we thought about vacations, no fun planning for anyone until care was secured for the pet.

The truth is that he wouldn’t have learned any more had we insisted that caring for Silver was ‘his’ responsibility. We didn’t absolve him of any responsibility, we exemplified it day after day and he saw what comes from honoring commitments and taking care of another living thing. And, this same thing was patterned when we welcomed Gretchen into the family, which changed the dynamic of intention and caregiving and sacrifice further. Expecting a child to take responsibility for a pet is a recipe for disaster and strife, though it is a bonus when they do pick up the slack, and by osmosis, he did at times.

I read a post by Certified Animal Behavior Consultant and fellow writer, Steve Dale this week regarding the collective disposability of pets, at least some species of pets, that some families seem to feel. In an exchange with a parent who was looking to re-home a pair of hamsters because their daughter had “gone through that phase”, Dale voiced his concerns about any lessons that were to be missed out on for her offspring, and that pets, in this case, hamsters, are not disposable -- the latter being something that the parent indicated they felt.

Dale’s feelings on this are understandable. And he’s correct in saying that no pet is disposable. But I’m ambivalent about his assertion that the parent can mandate that the child continue to care for the hamsters, and that if that doesn’t pan out, well then, the parent can assume sole responsibility of the pets to “offer the lesson that these animals aren’t disposable”.

There’s a problem: just because it’s the right thing to do, it doesn’t mean that the child will actually learn a lesson because the parent has stepped up to the plate after the original plan implodes, and often, they don’t. Often, they learn that they can just pass the buck. Someone else will take care of things instead.

The context of how a pet is welcomed into the family makes an impact.

Children are more apt to be empathetic, caring and responsible toward pets when they see that modeled with a sense of thoughtfulness and consistent diligence by their parents and other adults in their life from the start. That is, rather than us buying a cute hamster for our child on a whim because they’re cuddly and small and live in a cage (and cost so little, another issue) -- what’s the big deal, right?? -- we instead cultivate a different mindset: welcoming a pet into the family because, as a whole, we’re ready for that long-term commitment and want to share in giving them the kind of life they deserve. Yes, that means selecting a pet based on what we as families can handle, what can be afforded and what is an overall good fit for the family unit, and talking openly about it, not because of the pet’s appearance or that kitten that is part of a litter from down the street is free and it could be a good lesson as any in empathy. And, though it doesn’t mean that the young members of the family need to be exempt from the care taking and day-to-day responsibilities associated with having a pet, it does mean that parents need to dive in with the knowledge that ultimately, they’ll be responsible for ensuring that said pet is not only tended to, but patterning that sense of diligence everyday through open dialogue, action and inclusion that in most cases will take root.

That, in itself is the lesson, the solution to the exponential problem: the numbers of homeless animals that are waiting in shelters because of a family’s inability to keep them, the surmounting population of pets who are still with their families but their human-animal bond is broken because of behavioral and health issues stemming from lack of enrichment and interaction. I could go on. I’ll be honest in saying that though it might be an unpopular view in some circles, in my experience, in some cases it’s better for a pet to be re-homed successfully if its possible. The fallout from neglectfulness or when the animal-human bond is broken (or never really established) isn’t pretty, and I’ve seen it first hand.

So, while Dale was on the right track in saying that the family should honor their commitment, that commitment first has to be centered from the right place. People are more likely to carry on a healthy mindset of welcoming pets into the family if they see that patterned for them as children. 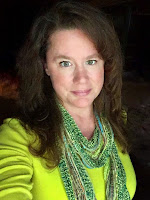 Lorrie Shaw is a freelance writer and owner of Professional Pet Sitting. She has been a featured guest on the Pawprint Animal Rescue Podcast, talking about her career working with companion animals and in animal hospice -- as well as the benefits of introducing palliative care with one's pet earlier. Shoot her an email, contact her at 734-904-7279 or follow her adventures on Twitter.
Posted by Lorrie at 12:01 AM