This is a resonant refrain that I hear from my families after their pet dies unexpectedly, often as they glance over to the boxes of heartworm and flea preventative that they fetched just days before but will now go unused in their household. The emotions that begin sputtering out are understandable and expected: confusion, anger, 'it's not fair', a generous helping of 'WTF?', all often mixed with guilt.

Death is a common companion in my work. Often working with senior and geriatric pets and their families, it's usually a time of life for them when I'm ushered in; there is a pet's age-related decline or life limiting diagnosis, or it could be that in-home care is just more fitting for their respective emotional needs.

But in truth, I work with companion animals of all ages, and I can tell you that when a pet who has been deemed to be the picture of health receives a terminal diagnosis or dies suddenly, that's an entirely different scenario when considering the human-animal bond. I've been in the midst of my share of families whose have lost their pet unexpectedly—in fact one close friend had this unfold just a few weeks ago—and for them its an experience that has its own share of complicated emotions, which in turn further tangles the grief that accompanies the loss.

Having close proximity to this as someone who is in the trenches, I've learned what can be expected: anything. And despite what is frequently expressed by the person who is grieving their pet's sudden death, they always seem surprised by what their disbelief is doing to them, but even more so by their anger and lack of trust directed inward, like a knife. The former seems sensible to them when a death comes out of nowhere, but perhaps in the quest to derive some tangibility about it all, these thoughts can filter in:

What did I not pick up on?

That day weeks ago when Buster seemed a little 'off'... that had to be a clue that something was wrong, yes?

If I'd not made the choice to go on that trip, or to have them cared for by XYZ on XYZ day, this event might not have happened.

These thoughts invade our sense of us really knowing our pets, or worse yet, they destabilize us further by smashing our perception that we should have had an unreasonable sixth- or seventh sense about things that are often hard as Hell if not impossible to recognize if a pet is ill. And then there that trusting our own judgement about things, about other people's capabilities, about our lack of a crystal ball. Oh, that pesky fly that is guilt and shame, tagging along, buzzing about.

There's no doubt that loved ones, friends and co-workers feel inept at navigating the rules of engagement in interacting with the person who is grieving, and when it's a sudden loss that's even more so. This is especially true if there was some aspect of trauma anchored to the pet's death. That's not surprising: in our tendency to be death- and grief-phobic, not to mention how tone deaf we are to those who have experienced trauma it can be easy to steer away from those grieving or to do so ourselves when we're in the depths because we feel like we're not being heard. It's not unusual for those of us who work with pets and/or the field of grief and loss to bear witness to a family's expressions of anger, shock, guilt, second-guessing, along with the sadness and longing for the pet they've lost.  And those emotions often bear the scars of somehow feeling misplaced or inflated. As I commonly hear from Companioning clients, 'I thought there was something wrong with me because these emotions are still here, or that I have had them at all.'

I assure them that this is expected, all of these emotions, and that there is no timeline. After all, grief is not a pathology. It's normal, and it comes with having bonds with others, including those with animals. Grief (and trauma) are entities that very much need to breathe and move. When we're knee, waist or neck deep in them, our instinct is such that we recognize that they need attention even though we may feel it's easier to stuff them down. Grief invariably wins the wrestling match, and storytelling, practiced as a personal ritual or verbally with others, gives it an outlet. 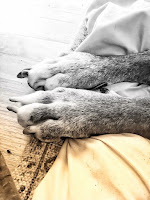 When we're grieving the loss of a pet, especially if it's a sudden loss and/or it encompasses a traumatic event, it's not at all unusual to tell and re-tell the story of the event and its initial aftermath to others, yet another assurance I offer to families I work with. (In 'The Year of Magical Thinking', Joan Didion recounts how she found herself doing this after the sudden death of her husband.) Storytelling, something we seem to be hard wired for, is a way for us to make sense of everything with regard to the event, to grasp and wrestle with it, to time-keep, to cope. We need to tell our story, whether it's recounting the event or having the opportunity to express how we're feeling on any given day. We need others to listen to it. The crucial part of this of course isn't so much to just get it out, but to tell our story to those who have earned the right to hear it, and to have them hear us do more storytelling over the course of our grieving process. The problem is that not everyone has earned that right. And only we get to determine who those people are.

Carving out where those safe spaces are can be daunting in the fog of these events, as the shock of it all is alone enough to disorient us. It can be as much so for those around us who want to be supportive or at the very least do-no-harm. But ours is not a culture that, for the most part, has a healthy relationship with grief or sadness and the like. I'll add that it's also one that has developed an even unhealthier aversion to feeling (or acting) anything but happy and sunny on a daily basis. For some of our peers, when they see our pain, it can trigger their own from a past experience with loss that they've lacked the tools to cope with. It seems important to mention the group of people who have an over-eager desire to intervene—which in itself can be overwhelming for us—as they tend to be intent on prescribing how we can best navigate our grief journey. This, despite our not having given consent for them to weigh in, and as is often the case, we feel the least empowered to advocate for ourselves while in this state.

Those around us tend to fall into one or more of the aforementioned categories, and knowing that can be super-helpful in understanding any [mis]communication from someone in our orbit and identifying those peers that are worthy of hearing our stories. I find that mostly, it just comes down to the other person not knowing how to proceed and that's even more the case after the death of a pet that wasn't expected. That's when communicating as clearly as we are able about what our needs are (and maybe more importantly, what we don't need) and asserting our boundaries when necessary is essential. 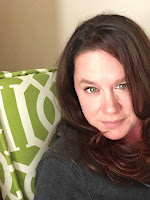