It's long been thought that cats rely more on their sense of smell when it comes to locating food.

Evy Mayes, along with a handful of other researchers at the University of Lincoln, UK, set out to see if that was the case in a recent study. But as it turns out, cats can have as individual a preference for using their vision or sense of smell to home in on food.

To try and create an environment where the cats chosen for the study could demonstrate behavior and where the results measured reliably, the team decided to use a T maze that had "decision points". In essence, the cats had to select which way they would go – based on their preference for using an olfactory (scented) or visual (an image) cue. 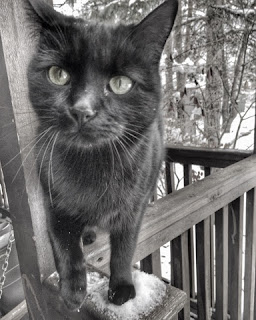 Eight cats were trained using a two-alternative forced choice procedure, meaning one combination of stimuli (again, visually or scent-based) resulted in the food reward while the other lead to no reward at all.

Six cats were successful in catching on, and from there, the team was able to extrapolate the data in how each cat figured out the exercise.

The results were published in the journal Applied Animal Behavior Science.

Curiously, four of the six cats chose the visual cue to get the food reward. One had a preference for using their nose, while the sixth displayed no preference.

The sex of each cat was not stated, which is a detail that could offer some insight into each cat's preference. (An earlier study on dogs indicated that female dogs have enhanced visual skills. This might explain why with regard to tracking, the trend is to train male dogs for their keen olfactory abilities.)

The takeaway with regard to a feline's use of sight or smell is ever-important, despite the study being so small: cats have the inherent ability to use both senses to figure out what's going on in their environment, but some have a clear preference for one. Paying attention to what those preferences are on an individual basis could have implications in the rehoming process, or even how a feline's needs change in their dotage.

Interesting factoid: kittens, like puppies, are born functionally blind (and deaf). Read more by clicking here on how the gestational period of our furry friends may be the reason why.

Click here to read the study, Individual differences in visual and olfactory cue preference and use by cats (Felis catus).